“I have seized the light. I have arrested its flight.”

Daguerre invented one of the earliest successful photographic processes, the Daguerreotype. The drawback of the process was that it produced a unique image, that was not reproducible, unlike the contemporary invention of Henry Fox Talbot in England. Nevertheless, millions of Daguerreotypes were made. Many Daguerrotypes still exist, mostly portraits, the medium’s most popular and common subject matter.

Our friend Fran Fahey of Fran’s Fine Editing, who runs the Tuesday morning G.R.I.S.T. group in Easthampton was kind enough to correct us: We had G.R.I.S.T. on wrong alternate Tuesdays. We apologize for any confusion.

Nice of the editors of Harrisburg Patriot-News to apologize for their predecessors’ famous dissing of the Gettysburg Address. I remember from school that in general, Edward Everett’s blockbuster address was considered the great speech of the day at the time. Everett himself was “deeply impressed” by Lincoln’s speech, and wrote appreciatively to him about it: “I should be glad if I could flatter myself that I came as near to the central idea of the occasion, in two hours, as you did in two minutes.”

A more optimistic view of the renewed growth of jobs in personal service than I am able to take, my idea of “artisanal service” aside. Industrial jobs are obviously no bed of roses, but a widespread return to the tortuous dialectics of master and servant in an ostensibly democratic society seems pretty awful to me.

I love today’s Last Word: the founder of Honda Motors reminiscing about his first encounter with the astonishing automobile.

“We write today in reconsideration of ‘The Gettysburg Address,’ delivered by then-President Abraham Lincoln in the midst of the greatest conflict seen on American soil. Our predecessors, perhaps under the influence of partisanship, or of strong drink, as was common in the profession at the time, called President Lincoln’s words ‘silly remarks,’ deserving ‘a veil of oblivion,’ apparently believing it an indifferent and altogether ordinary message, unremarkable in eloquence and uninspiring in its brevity.” 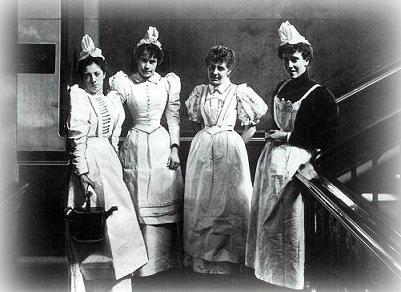 “Working with and for people is not inherently degrading. Teachers and doctors work with people and are rightly respected for what they do. Hair stylists and chefs can be awesomely talented and some will end up extremely wealthy.

“Moreover, the new service economy is not going to be a revival of the old feudal system. There may well be nannies and butlers in the future, but they will be much better compensated and much more in demand than even the most loyal of the Downton Abbey crowd. A nanny who is learning to be a nutritionist and a gourmet cook has a much brighter future than Lady Mary’s lady’s maid.”

People Thought the Industrial Revolution Was Servile Too

“I could not understand how it could move under its own power. And when it had driven past me, without even thinking why I found myself chasing it down the road, as hard as I could run.”