If you get to know me, you’ll discover eventually that I never get tired of talking about World War I.

J.P. Rangaswami works at Salesforce.com as chief scientist. He blogs at Confused of Calcutta about “that strange space where finance meets technology.” Check him out; he’s consistently thought-provoking and informative. He tweets as @jobsworth.

The Last Word: W.C. Fields said that Bert Williams was “the funniest man I ever saw —and the saddest man I ever knew.” A huge star in Vaudeville, he was the first black American to have a leading role on Broadway. He made a lot of records, fortunately. Here’s his signature theme, Nobody (thank you YouTube!) 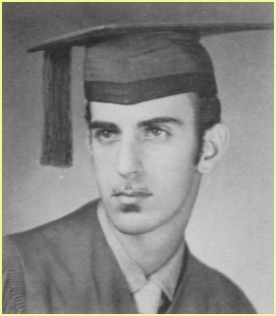 “….Ultimately, status lives in the minds (and bodies) of all the humans within a given community — by which I mean, primarily, other people’s minds and bodies. You might maintain a sense of your own status, but it’s not really up to you. Status is fundamentally about how others perceive and interact with you (and what they allow you to get away with). It’s like keeping a checkbook — you might maintain your own ledger for planning and making decisions, but the official balance lies with the bank…[S]tatus also functions as collateral or “table stakes.” (We often call this type of status “reputation.”) In many ways, a favor is like a loan (of time, energy, or some other resource) collateralized by the status of the borrower. It’s a weird kind of collateral, since it can’t be transfered to the creditor if the borrower defaults. But the borrower’s status can be destroyed or ruined, which provides incentive enough for most purposes. The bigger the favor, of course, the more status needs to be put up as collateral. This explains why it’s hard for a low-status person to ask a high-status person for a favor, but easy for a high-status person to make the request….”

The Economics of Social Status

“I have never been able to discover anything disgraceful in being a colored man. But I have often found it inconvenient – in America.”