“A chimpanzee who is really gearing up for a fight doesn’t waste time with gestures but just goes ahead and attacks.” 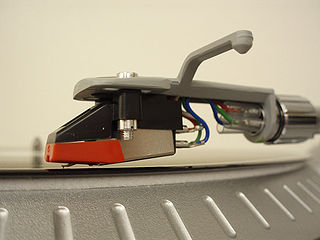 I grew up in the LP era. On the good side, the experience included wonderful sound (some people think analog LPs sound better than digital recordings). The record companies churned out reissues of historical recordings, folk music (real folk music recorded in the field and performed by real folk as well as the works of Bob Dylan and his myriad imitators), classical Indian and Japanese music, Pardon My Blooper Records, comedy, recorded theater (I’m still looking for the recording of “Waiting For Godot” with Bert Lahr)…A 12 x 12 inch cardboad album cover provided plenty of room for visual pizazz on the front and for informative, interesting, or frankly bizarre written and visual content on the back.

Playback used needles on turntables. It was easy to scratch your precious media. Needles wore out, even though they were tipped with sapphire and diamond. The needle, carried by an arm, rode the grooves in the vinyl disc (you could see the variation in the grooves with a magnifying glass: this was analog), and the recorded sound waves were converted by a cartridge into electrical voltages which went through an amplifier and output to speakers.

You collected records and spent as much as you could afford for a stereo system to play them on. Good speakers were large and expensive. I paid about $800.00 in 1975 for a pair of high quality speakers (almost $3500.00 in today’s dollars. Still have them. They’re about three feet tall by two feet wide and deep. They weigh about 30 pounds each. They still sound great.)

At first, cassette decks were an accessory. Reasonably inexpensive cassette tape recorders could copy the music with high fidelity from records, so for the first time, there was a mass ability to treat music as information that could be copied and shared instead of as a commodity. You could easily build an arbitrarily large collection of music or other recorded material at the cost of your own labor instead of the price of records. Downsides: no built-in indexing, relative fragility of the media, bulk (cassettes were harder to store efficiently than records, which were flat).

For me, cassette tapes meant that I could acquire music by borrowing records from friends who had good record collections, or from the very fine ones available in the New York and Brooklyn Public Libraries. I was starting to explore jazz and blues and the libraries provided hundreds of excellent records for me to listen to, and transfer to audio cassette. I was already a classical music lover, and had begun to move beyone Bach, Mozart, Beethoven, and Brahms to Liszt, Wagner, and Richard Strauss. I still have the tape of Strauss’s “Four Last Songs,” sung by the immortal Elisabeth Schwarzkopf I copied from the Brooklyn Public Library’s copy of the late Romantic (1949) masterpiece. I had many, many hours of wonderful music on cassettes: Charlie Parker, Fats Waller, Duke Ellington, Ragtime.

Then came the Sony Walkman…and the Boombox.

“…The new fundraising method will most likely be used by early stage companies looking for seed money, and not all crowdfunding platforms will offer this type of fundraising as an option to campaigners. (Indeigogo has long said that it will; Kickstarter says that it won’t.)

“The move toward equity crowdfunding is exciting for startups and entrepreneurs who now have an alternative to traditional venture capital. The concern from many in the financial world is that investors will be taken advantage of, but there is also the simple point that most donors will lose money….”
New Equity Crowdfunding Rules Could Change Startup Game

“I have discovered that there are two types of command interfaces in the world of computing: good interfaces and user interfaces.”