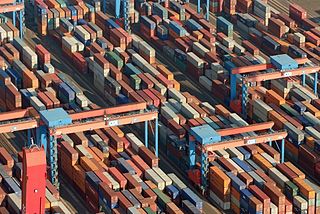 Boy and man, I have always loved systems. I was a software developer for most of my career. I devised, built, and ran lots of them. (Made a lot of money as a direct result of systems I built, too; but that’s a story for another day.) I think my very favorite kind of history is the history of systems, what Fernand Braudel called l’histoire de la la longue durée, the history of things that last a long time. He distinguished it from the history of events, which is what we normally think about when we think about history. Braudel favored the study of long-lasting phenomena like climate, trade, routes, land-use, communications, and technology instead of the more traditional gossipy, biography-oriented history of great men and events.

Just finished the second volume of Vaclav Smil’s magisterial history of 20th century technical innovation, Transforming the Twentieth Century. The first volume traced the development of the key inventions, mostly between 1867–1914, that formed the modern world. The second takes the story through the twentieth century, with detailed studies of key technologies like electrical generation and transmission, the automobile, container shipping, the oil and gas industries, and electronics and computing. Smil ends with reflections on the gains and losses humanity has achieved: comfort, health, and leisure for billions of people on the one hand; dire, existential threats from global climate change, the potential fragility of systems, and grotesque (and growing) economic inequality on the other.

In other news, philosopher Friedrich Nietszsche confirms that God is still dead.

Lynette “Squeaky” Fromme gets the last word again. Like I said, Baby Boomers are weird.

The Problem of Religion

“…Our brains might have created God, but natural selection ‘created’ our brains. We unwittingly labor along the neurological limits of nature’s economy. Following Hume, Norenzayan believes religion is a predictable side-effect of our common human cognitive architecture. Our shared theory of mind leads us to intuit that agents cause inexplicable acts; lacking a sophisticated natural knack for meteorology, we assume that some greater power caused the flood to decimate our village. These supreme beings are rarely abstract and always watchful; never milquetoast but often marginally counterintuitive. Ever the opportunists, humans quickly set out to get on the gods’ good sides. The beliefs and practices performed to exalt these gods eventually translated into cultural norms that uplifted entire civilizations.

“This fortunate cognitive compatibility provided early humans with a life-hack against collective action and freerider problems….”
New Atheism, Moral Orders, and the Psychology of Sanctity

“Anybody can kill anybody.”
—Lynette Fromme, American criminal, born October 22, 1948