“If the Lord Almighty had consulted me before embarking upon Creation, I should have recommended something simpler.”

How Hard Should We Try to Understand the Future?

I once asked a former Fortune 500 CEO why his peers were so indifferent to credible, dire warnings about the future. He reminded me that for most businesses anything beyond the next five years is the far future, which management can afford to ignore. Besides, they believe in their ability to deal with problems as they arise, push them off onto somebody else, or have moved on to other positions. Heigh-ho!

This isn’t stupid: it’s rational to pay attention only to problems you can do something about right now, or at the appropriate time. But it seems worth spending at least some time thinking about what’s coming. Dwight David Eisenhower said that “Plans are nothing; planning is everything,” worth thinking about as the future becomes the present, as it regularly does, and at an accelerating pace.

The realities of demographic change are not well understood. We’re used to thinking in terms of a population explosion, a concept approximately contemporary with double-knit leisure suits and disco. What’s coming is the opposite: declining population is a reality in a number of advanced economies (Japan, notably) already, and will be happening everywhere by the middle of the century on current trends. It will affect societies from top to bottom. No one knows how to think about how to have a growing economy in a world with declining populations. We’re about to find out. One possible hope is discussed in today’s Reading How to Keep the Economy Growing When Our Population Is Not. Research shows that richer social connections increase the ability of groups to find solutions to problems and exchange information. A more connected world, even with lower populations, could harness the creativity of its members better to continue to innovate and create.

“Zero population growth is a period in future human history that is both hoped-for and feared. If we don’t get to that point, the world 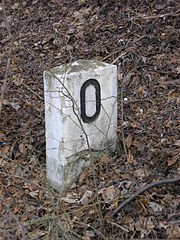 could literally become overrun with humans, straining already taxed resources like fresh water and farmland to the breaking point. But with zero population growth, the global economy—heavily reliant on a young and expanding workforce—could collapse. No matter what we hope, according to projections by the United Nations, it’s likely that within the next century, the global population will level off or even shrink….

“There’s another, more fundamental problem that zero or negative population growth poses, though—the transfer of knowledge. We know that when people come together, they tend to create new technologies, skills, and knowledge. Cities are hubs of innovation, universities are great factories of scholarship, and even smaller groups can inspire people to create wonderful things. Perhaps more importantly, the number and strength of our connections are vital for passing knowledge on to others, two recent studies suggest. Without those connections, our society could fall rapidly behind. Fortunately, the research also suggests a way to escape the declining population trap.”

How to Keep the Economy Growing When Our Population Is Not

“We are built to make mistakes, coded for error.”